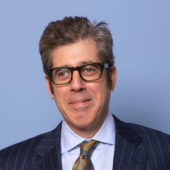 Experience:
In the more than 25 years since his bar admission, Peter Rose has been involved exclusively in representing landlords in Landlord-Tenant Court, handling all aspects of their cases, from inception through trial. After graduating Albany Law School in 1985, Peter joined a large Manhattan landlord's firm where he was a litigation associate from 1985 through 1992. Stemming from a desire to develop a better service model for the client, Peter along with his brother Todd, founded Rose & Rose in 1992.

With expertise in non-primary residency holdovers, illegal sublet holdover proceedings, nuisance holdover proceedings, non-payment proceedings, and commercial litigation, Peter has the experience with cases to know when to advise to settle and when a case calls for court proceedings. He is thorough in his preparation and views this preparation as an effective way to minimize costs for the client. Peter's daily experience over many years in Landlord-Tenant Court has made him an extremely successful negotiator, trusted advocate and effective trial attorney. 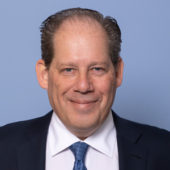 Experience:
Todd Rose graduated from the University of Chicago Law School in 1988 and began his law career in the Litigation Department for Hughes, Hubbard & Reed from 1988 to 1992. With a desire to give his clients individual attention in the Landlord-Tenant arena, he and his brother Peter joined together to form Rose & Rose in 1992. Todd has vast experience in holdover proceedings, non-primary holdovers, illegal sublets, bench and jury trials, but also is involved in every aspect of the administration of the firm. Not only does Todd invest his time and considerable energy into every case, but he also brings the same vigor to the day to day operations of Rose & Rose. Todd is a passionate champion for his clients and takes great pride in developing long-term client relationships. 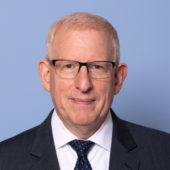 Experience:
David joined Rose & Rose in 1998 and has been a partner at the firm since 2008. Prior to joining Rose & Rose, David managed his own practice for five years, concentrating on landlord/tenant litigation. Prior to that, David was an attorney in New York City Department of Housing Preservation and Development’s Housing Litigation Bureau. After graduating law school, David clerked for a judge on the Missouri Supreme Court, the highest appellate court in the state. At Rose & Rose, David has been one of the firm’s leading trial attorneys, trying cases in Housing Court, State Supreme Court, and before State and City Administrative Agencies. David is an excellent writer and negotiator. However, his true value to the firm is as a trial attorney. While negotiating a settlement acceptable to his clients is David's preference, his experience and nearly unflappable demeanor make him a highly effective litigator, even when dealing with the most complex issues. His insight from working with the New York City Department of Housing Preservation and Development has proven to be a valuable asset to his clients and to the firm when dealing with housing violation claims. 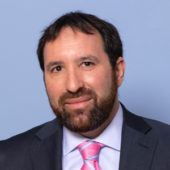 He has had several published decisions of interest in the New York Law Journal, New York State Law Reporting Bureau Official Reports, The National Law Journal, and CHIP New York Housing Journal and has had articles published in Finkelstein and Ferrara's Landlord Tenant Practice In New York. Mr. Wartell has also been a guest speaker and lecturer on Jury Trials in Summary Proceedingsfor the RPLS Landlord-Tenant MCLE Committee of the New York State Bar Association. 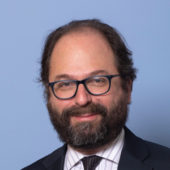 Experience:
A 1992 graduate of Brooklyn Law School, Paul Coppe has extensive experience and expertise in numerous areas of landlord/tenant and real estate practice. Paul has handled a number of complex rent regulatory matters, including litigation before the DHCR, in Supreme Court, and in the Appellate Division, and as counsel in connection with purchases and refinances of multi-unit residential properties large and small. In his 2018 victory in the case of Fox v. 12 East 88th Street LLC, the Appellate Division reversed the trial court to hold that a lease transfer from a rent stabilized tenant to his personal corporation deregulated a 3,500 square foot Fifth Avenue penthouse. Paul has also successfully defended many housing discrimination cases, both before adminitrative agencies and in the courts, including the federal district court. A seasoned advisor as well as a litigator, Paul has served as counsel to a number of cooperative and condominium boards, performed review and drafting of residential and commercial leases, and consulted on compliance, policy planning and implementation with clients. Over the years, Paul has developed a particular proficiency in appellate practice, which has resulted in seven appellate reversals of lower court decisions. Paul is also expert in many facets of administrative law and regularly handles complex regulatory matters before the Division of Housing and Community Renewal (DHCR). He is equally comfortable litigating and counseling clients, and serves as general counsel to several cooperative boards. 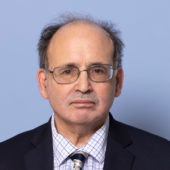 Experience:
Dean is a highly respected member of the bar with broad knowledge of various areas of law. Before joining Rose & Rose in 2000, Dean practiced for several years with law firms with matters throughout New York City as well as Rockland, Westchester, Suffolk and Nassau Counties.

Dean has 30 years of experience as a skilled civil and appellate litigator. Throughout his practice, he has gained extensive experience in representing property owners, bankruptcy debtors, and criminal defendants. Due to Dean’s talents and skills, he regularly handles complex and time-sensitive matters, which result in favorable decisions and settlements for our clients in complex rent regulation disputes, civil litigation, residential and commercial holdovers, nonpayment proceedings, real property disputes, and discrimination disputes. 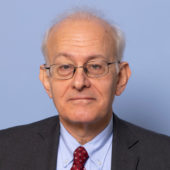 Experience:
Ken's experience includes representing clients in connection with landlord/tenant issues and disputes and in the leasing of commercial space of all types. Experienced in the preparation of new leases, lease extensions, amendments, assignments and various other agreements related to commercial leases and tenancy issues and disputes. Extensive experience with commercial landlord/tenant litigation benefits our clients when preparing leases, related documents and agreements. Also experienced in reviewing existing leases for purposes of due diligence and/or to provide analysis and advice to meet clients’ needs. While our firm primarily represents landlords, we also provide services to clients who find themselves in the position of tenant. 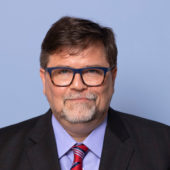 Experience:
Lance worked in marketing and distribution in the publishing industry and as a bookseller prior to becoming an attorney. Before joining Rose & Rose, Lance worked in three real estate litigation firms, including his own, focusing his practice on cooperative and condominium law, and real estate, commercial and landlord-tenant litigation. Lance’s clients include coop and condo boards, real estate management firms, brokers, contractors, building owners, commercial tenants and business organizations.

Experience:
James joined Rose & Rose in 2016. He advocates for the firm’s clients in all phases of residential and commercial litigation in Housing Court, Civil Court, Supreme Court, and the Appellate Term and Division. The collegial culture and high professionalism of Rose and Rose enables him to successfully represent clients utilizing a thorough knowledge of the law and facts, a clear understanding of the client’s objectives, and a diligent and resolute advocacy of the client’s cause.

Before coming to the firm, James first maintained his own law practice and practiced landlord/tenant litigation and commercial litigation with the New York City Housing Authority. 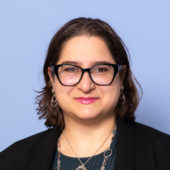 Experience:
Irina joined Rose & Rose in 2010. Since joining Rose & Rose, Irina has regularly represented landlords in court in all boroughs of New York City and Long Island. Irina is known for being a strong and aggressive advocate and throughout her practice she has represented landlords in residential and commercial holdover and nonpayment proceedings. Irina has appeared in Housing Court, Civil Court, and before administrative agencies, including HPD, ECB/OATH and FDNY.

Experience:
Before joining Rose & Rose in 2018, Jainey practiced for several years with law firms with matters in all boroughs of New York City and Long Island. Jainey was regularly entrusted with representing landlords and cooperatives daily in court and handling cases with complex issues and anticipated appeals, resulting in favorable decisions and/or settlements. She is known for being a strong advocate, an aggressive and effective legal writer, and a knowledgeable member of the bar. Throughout her practice, she has gained experience in residential and commercial holdover and nonpayment proceedings, real property disputes, civil litigation, and commercial leasing. She has appeared in housing court, Civil Court, Supreme Court, Appellate Term and before administrative agencies. Jainey has a number of decisions published in Westlaw and the New York Law Journal. 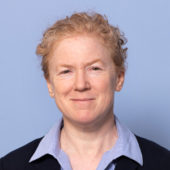 Experience:
Before joining Rose & Rose, Maureen practiced for many years with law firms with matters in the boroughs of Manhattan, Brooklyn, Queens, and the Bronx, as well as Nassau and Suffolk County. Maureen was regularly entrusted with representing landlords daily in court and handling cases with complex issues, resulting in favorable decisions and/or settlements. Maureen began her legal career with District Attorney’s Office of Saratoga County. She is known for being a zealous advocate and effective legal writer. Throughout her practice, she has gained experience in real property disputes, civil litigation, and real property transactions. She has appeared in housing court, Civil Court, Supreme Court, Federal Court and before administrative agencies, including HPD, ECB and DOB. Maureen joined the legal profession after serving as a public school teacher for over fifteen years. 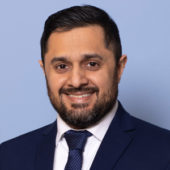 Experience:
Prior to coming to Rose and Rose Maulik was a criminal defense practitioner in Florida. After moving to New York, Maulik represented major financial institutions in State Supreme Court and Bankruptcy Courts in residential foreclosure cases. Maulik brings with him a tremendous amount of trial experience and zealously advocates for his clients. Maulik has tried more than fifteen jury trials to verdict and is ready to fight for his clients.

Maulik is a superb litigator and has successfully argued before the Appellate Term and has numerous decisions published in the New York Law Journal.

WANT TO KNOW MORE? GET IN TOUCH